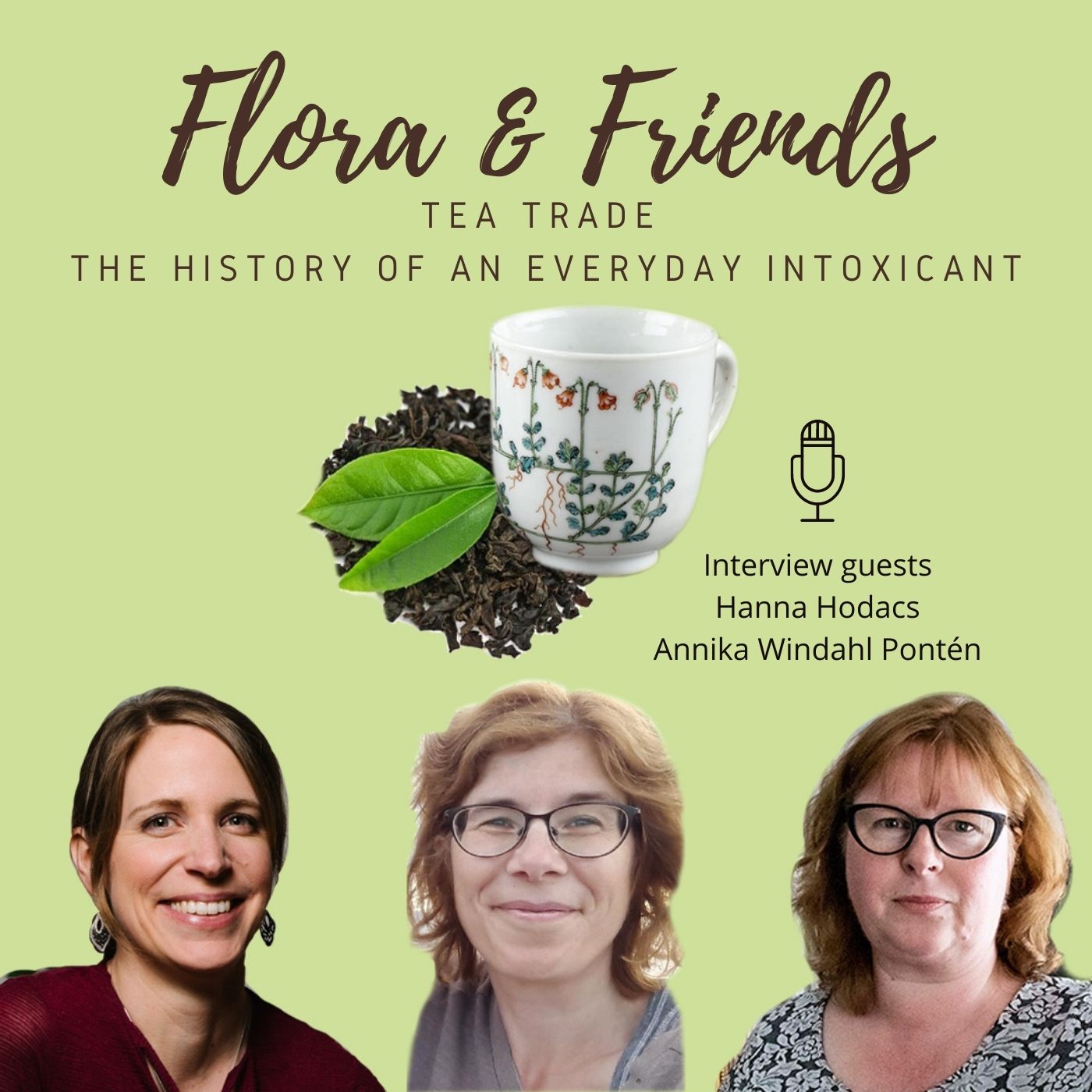 Contents hide
1 Is tea your cup of tea?
2 Studying old catalogues
3 Linnaeus and the tea
4 The social side of intoxicants
5 Find out more
6 Where do you like to enjoy your tea?

Is tea your cup of tea?

Even if it’s coffee, this new episode of the Flora and Friends podcast will blow your mind. Have you ever reflected about the fact that 300 years ago tea, coffee, chocolate and tobacco were only arriving in the Western world? ⁠
⁠
In my interview with Hanna Hodacs and Annika Windahl Pontén from Uppsala University we’ve explored the history of tea, its trade between Europe and Asia and Swedish botanist Carl von Linné’s connection to the tea plant, Camellia sinensis. ⁠

Brew yourself a cup of tea and enjoy listening to this interview, or find the Flora and Friends podcast on Spotify, Apple Podcast, Google Podcast or Deezer .

Studying how the tea trade worked, where boats went, what they carried and how long it took them, is a real journey into the past. For her research Hanna has used, among other sources, old trade catalogues that are freely available. These books list in detail the journey of the maritime trade. To know about smuggled items, you have to read between the lines of old letters exchanged at these times. From Europe to Asia and back it took the boats about 18 months. In the picture below you can see the listing of “Thee Bohe” the Bohea tea, which was the most commonly traded tea on the maritime route.

Linnaeus and the tea

As Annika Windahl Pontén shares in this episode with us, even Swedish botanist Carl von Linné was fascinated by the tea plant. He gave Camellia sinensis its name. The tea trade allowed him to get access to tea plants, that, after repeated trials of transfer them to Sweden, he wanted to cultivate. The reason for this was the high taxes on tea that the trade brought with it. He also tested alternative plants for making tea, such as his beloved Linnea borealis. However, neither of the two ambitious projects were unfortunately fruitful. Linné also wrote scientific works on the effects of tea and coffee on the human body and lectured his students about this.

Decorate your tea-corner with botanical cushions

The social side of intoxicants

Tea (and coffee) did not just enriched our life as delicious and effectual beverages. These intoxicants also became a reason to gather. Hanna Hodacs is  involved in a European project that investigates how intoxicants like tea, coffee, tobacco and also opiates changed society. What places did they create, who worked there, what did this mean socially? There are many questions that the researchers in this project are aiming to find answers to. The project will not just find answers, but it will also share them visually through expositions. To learn more watch the short introductory movie below or visit the website of the project Intoxicating Spaces.

To find out more we recommend you to read Hanna’s book “Silk and Tea in the North”. Or if you are close to Uppsala, pay a visit to the Linné Museum or Linné Hammarby which opens again for the summer. You can even sea the tea equipment and porcelaine imported from China that the Linné family was using back in the 18th century.

Is there a place that you particularly like for having a nice cup of tea? At home or at a café? Outside or inside? We at Flora-L love Mona’s café Presteles Trädgårdskafe in Northern Sweden. Mona combines her botanical and baking skills into a unique little paradise out in the Swedish countryside and also offers a great variety of teas. We also love how Mona has woven the Flora-L cushion covers with microscopy patterns from plants so beautifully into her indoor and outdoor environment. Have a look below. Maybe you would love to see those cushions also at a café around your corner? Reach out to us and let us know! You can also find the cushions in our webshop as well as plenty of other textiles with plant microscopy designs of our own creation. From plant lovers for plant lovers. 💚

The mystery of the flickering nasturtium

Continue Shopping Go To The Cart
Buy for 1,000.00 kr more and get free shipping